Running makes an almost daily occurrence in my life. My daily run functions, for me, as somewhat of a housecleaner: dusting-off the rumination included in the forever fleeting moments of experience – making my awareness that much sharper. It supplies me with both a sense of accomplishment and wellbeing. It heightens my reputation with myself, … END_OF_DOCUMENT_TOKEN_TO_BE_REPLACED

By Thomas Cornish My morning gratitude journal. . . don’t laugh! This was found and, instead of discarding it, I decided to make use of it. I’ve recently begun to practise gratitude. Most mornings, I wake, relieve my bowels (probably didn’t want to know that) and sit down with an A5 ‘Babe’ journal (never mind. … END_OF_DOCUMENT_TOKEN_TO_BE_REPLACED 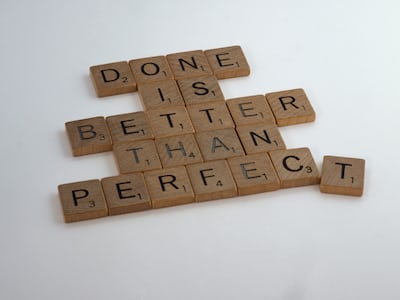 By Thomas Cornish Some are consumed with the vision and the bigger picture; some are hampered by a continual striving for unobtainable perfection. Both strategies often leave their hosts without having achieved what they set out to do. Predominantly attending toward the vision has its benefits. For instance, it provides us with meaning and a … END_OF_DOCUMENT_TOKEN_TO_BE_REPLACED

We all have those friends who are gregarious, confident and who seem to have an ability to attract conversation. Personality psychology would find that these tendencies (i.e. to be social and outgoing) all correlate and share an underlying relationship: that of belonging to the domain trait, extraversion. Recent neuroscientific study has begun to tie the … END_OF_DOCUMENT_TOKEN_TO_BE_REPLACED

Mr Johnson’s conservatives have had a busy couple of weeks, which ended in an immigration related crescendo. The Home Secretary, Priti Patel, introduced the government’s plans to enact a points-based immigration system following the end of the Brexit transition period. The system proposes that a potential immigrant must first obtain 70 points before being able … END_OF_DOCUMENT_TOKEN_TO_BE_REPLACED

Mr Johnson’s newly formulated war narrative appears to be one that depicts the legal system as an untamed authoritarian system, saturated with a cabal of elites who hate the idea of democracy. Put bluntly, Johnson wants us to believe the Judge's are the "enemies of the people". This past week has seen Suella Braverman … END_OF_DOCUMENT_TOKEN_TO_BE_REPLACED

Boris Johnson took on a case of self-harm in his first cabinet reshuffle as prime minister, when he offered the then Chancellor, Sajid Javid, conditions to the job that he could not commandeer. Mr Javid, to keep his job, would have had to replace all of his political advisors. Mr Javid aptly resigned, with … END_OF_DOCUMENT_TOKEN_TO_BE_REPLACED

Neverwhere follows an awkward, shy and, during the beginning of the novel, infuriatingly agreeable Richard Mayhew: A Scot turned superficial Londoner. The reader walks into the story with Richard living, essentially, a mundane life. He has Fiancée, Jessica, as well as an office job and a few laddish friends. He feigns contentment with his predicament … END_OF_DOCUMENT_TOKEN_TO_BE_REPLACED

By Hobhouse The hangover of ‘Brexit Day’ will be followed by a yearlong detox, in which the UK will tag along with the EU for an extension of its damaged friendship. Although, this promises to be less a detox and more like the hare of dog remedy: keep drinking and the headache will never become … END_OF_DOCUMENT_TOKEN_TO_BE_REPLACED

Dominic Cummings's, the prime minister’s special adviser, call for weirdos, scientists and programmers is a breath of fresh air and could, perhaps, really spark a flame of diversity in a place known for its drab intake of talent. Although his blog posted job advert has been mocked and forensically criticised – perhaps correctly, as, for … END_OF_DOCUMENT_TOKEN_TO_BE_REPLACED